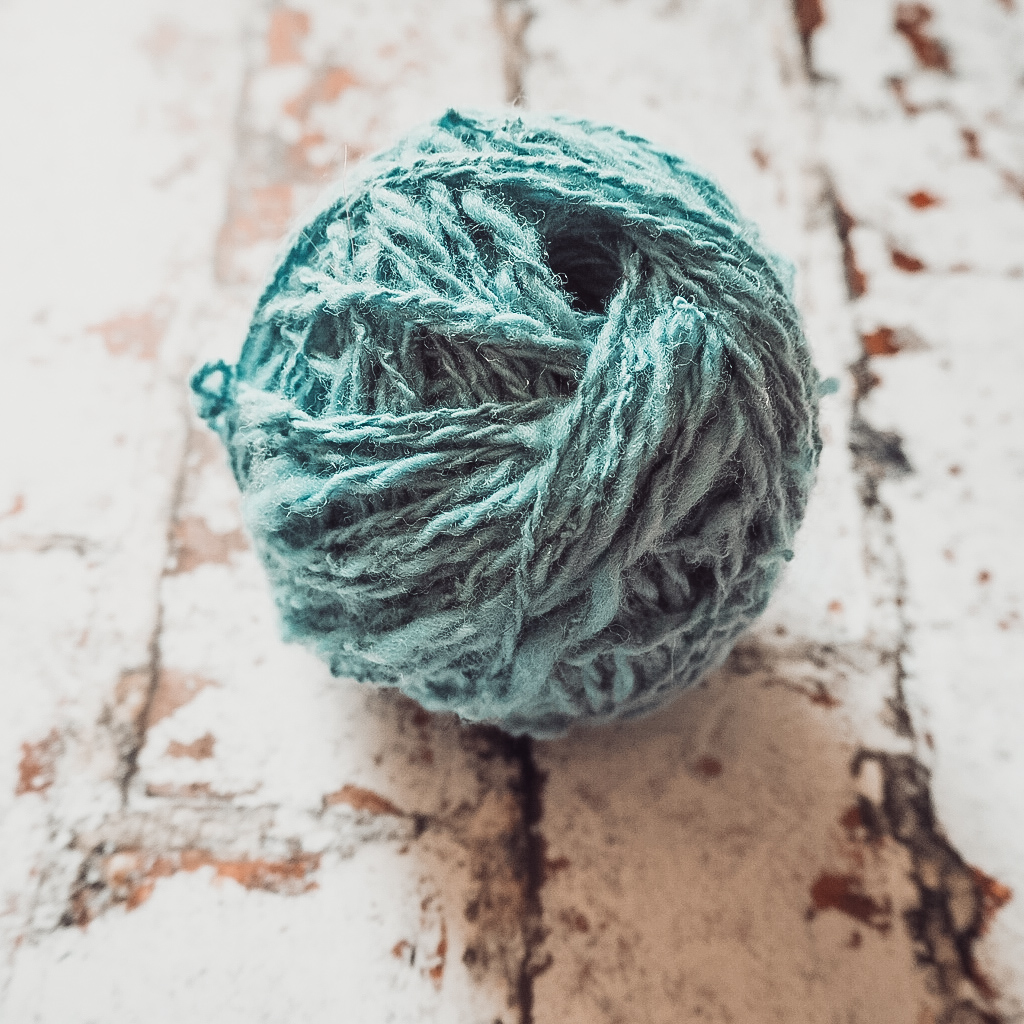 Disclaimer: No princess fell asleep for 100 years, while I was using my drop spindle.

But it was a magical process really. Let’s start from the beginning – my 3,5 mm needle broke and I had to order a new one to finish the hat I was working on. But it seemed stupid to pay the shipping for only one needle, so I decided to buy some roving and try spinning again. It’s been probably a year or 2 since I tried it, and my result was not something impressive.
Anyway, I received my needle and fluff and immediately started spinning. Of course, my string was once again very thick. I remembered I had purchased long time ago a class on spinning from Craftsy, so I logged in and watched it again. If you want to check it out – this is it: https://www.craftsy.com/class/spindling-from-fluff-to-stuff/ . It clicked fast. I also found a few youtube videos that helped me, particularly this one: https://www.youtube.com/watch?v=-_et_Lnz7f4

So, now, after the videos, I was producing consistently thin yarn. Well, I can’t say it was even, but it looked better than the thick thing in the beginning. I had 50 grams of blue merino and 50 grams of green merino and I was thinking of plying them together. But when I finished spinning the blue and I knew that I have very thick parts in the beginning, I decided to ply the blue one with itself. I caked it on a nostepinne so I could get the inner end accessible. And after that I plied the two ends on the drop spindle again. Тhis method is shown in the youtube video above.
I don’t have a knitty knotty so I skeined it around the legs of a chair 😀
I think I made about 55m of yarns and I am so excited to make something from it. I’ll probably try a hat, and work together with another yarn for the parts where it is finer than the other.

And here are some pictures. I don’t have pictures with the spindle, because I didn’t think the yarn would be good enough to make a blog post about it, so…we’re missing that part of the process.

I just loved the process and I hope to spin more in the next year.

4 thoughts on “I handspun yarn!”