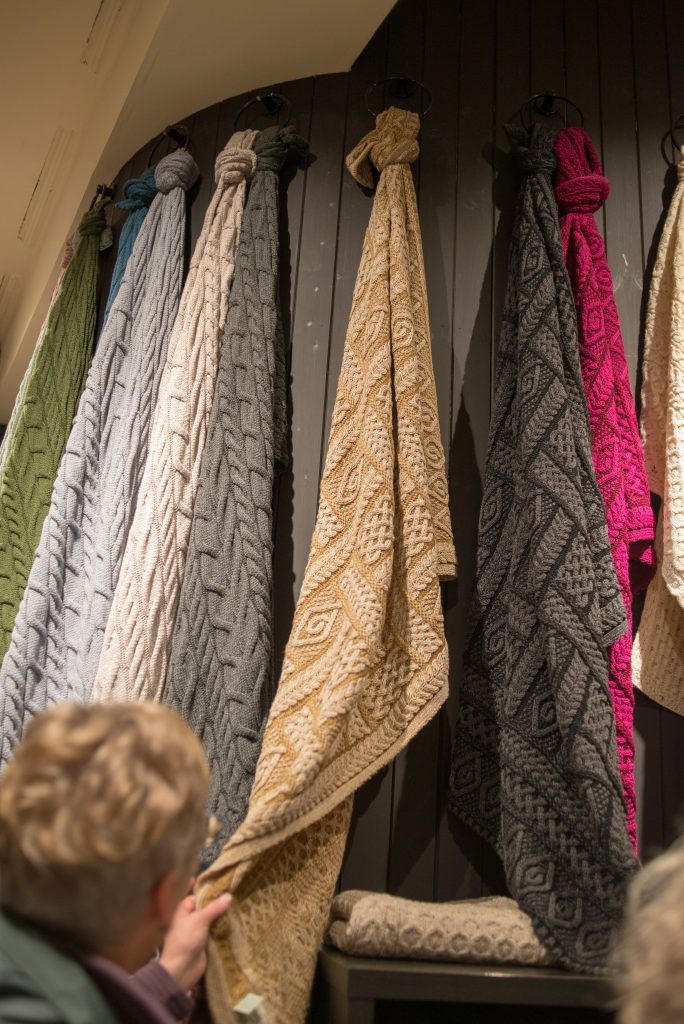 Ireland had its awesome yarn festival Woollinn, just a few days after I flew out of Dublin. Bad luck, but when I bought my tickets, the dates for Woollinn were not yet announced and when they were it was already too expensive to change date for the flight back. But I still was able to see some of Ireland’s tradition in knitting and buy some nice yarns 🙂

First, I visited This is Knit shop, which was recommended to me in one of the Facebook knitting groups. To be honest, it was quite confusing to locate it, even with Google maps directions on. Finally, we found it, but we lost some time circling around the building and wondering where it is. It is inside of a shopping center 😀 The shop is not big, but has a great selection of yarn and hooks&needles. And it is so colourful! It made my day to spend a few minutes there :))

I bought one skein of Nua Worsted in colourway Hatter’s Teal Party and one Nua in colourwayFrog on the wall. Both are so pretty <3

I saw the Aran islands on our way to the Cliffs of Moher. It is possible to visit the islands, but we did not have enough time for that. Still, I took a picture 🙂

I had the opportunity to see some Aran sweaters in a gift shop. I’m not sure if they were handknit or machineknit , but they were beautiful. And the blankets in the 3d photo were so intricate. I loved them! I am not sure who would wear aran leggings, but probably such people exist, if this thing sells 😀

From Carrolls Irish gifts I bought some Tivoli yarn.

We also visited one last shop, The Donegal shop in the Grafton Shopping Centre. I did have my camera with me, so no photos from there, but the lady was so nice. They have a lot of tweed yarn and one can also buy patterns for their yarn. Lovely little shop. Of course I bought something from there too:D

Even though I missed Woollinn, I had some fun in Ireland, didn’t I? :))

P.S. I also bought some German cotton yarn to make a doily during the flight back. I am happy to announce that Dublin airports allows hooks and knitting needles on the flights. The doily is still a WIP ;))

One thought on “Knitting in Ireland”