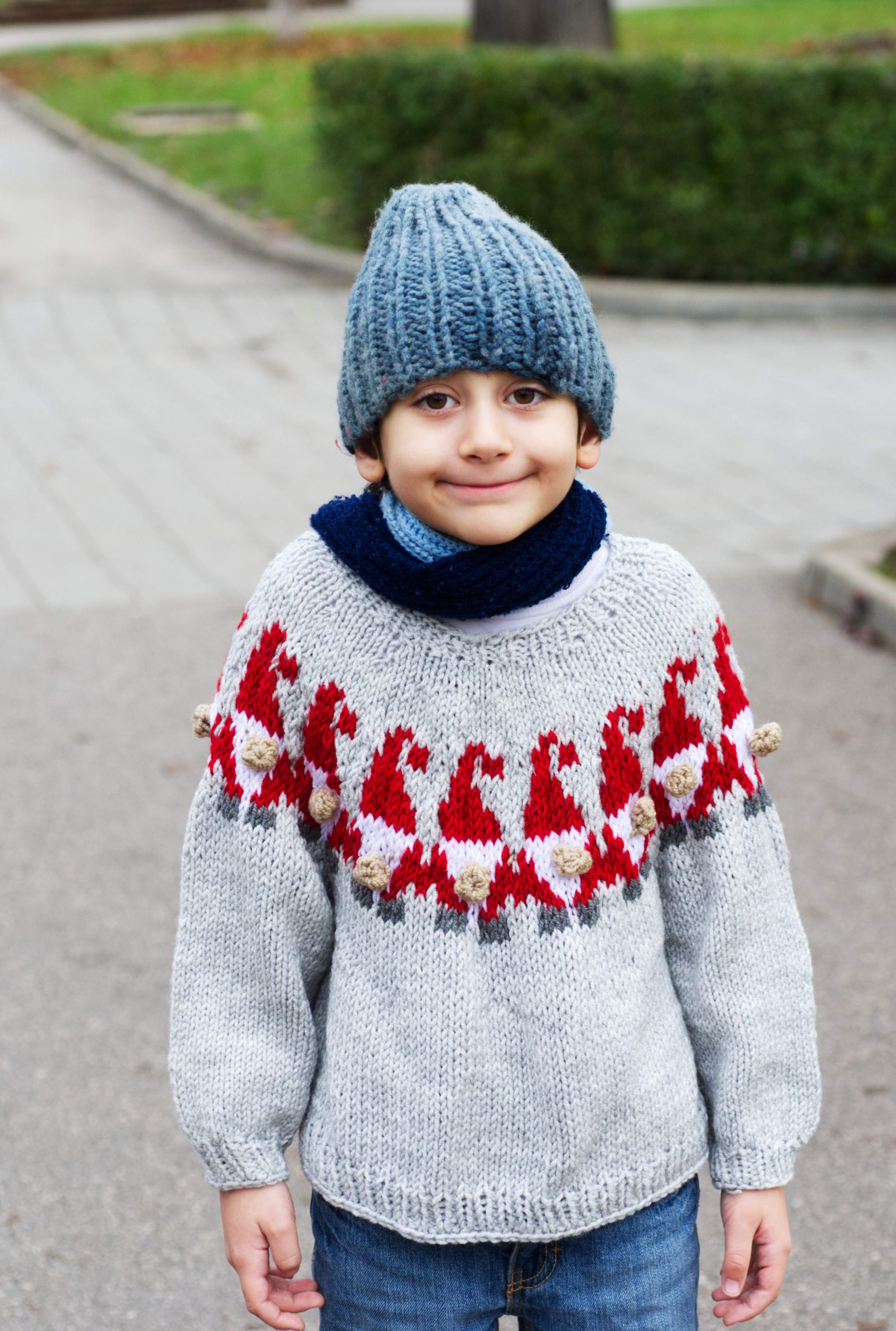 The moment I saw Nissegenseren , I knew I had to knit it! It’s an adorable Christmas children’s sweater from the Norwegian designer Ingvill Freland. Unfortunately, it is published only in Norwegian, but that didn’t stop me :))
With the help of google translate, I was able to a) complete the sweater for about two weeks and b) learn knitting Norwegian 😀
I kinda feel confident now to buy Norwegian patterns 😀
This pattern (and as far as I have read in Ravelry forums) is a typical Norwegian pattern – it does not spell out every stitch on every row as we are used to with patterns by other major designers. However, the construction of the sweater is not very difficult, neither is the chart with the Christmas gnomes. I mean, I was able to knit it with google translate…and I have knit like 4 sweaters in my life 🙂 So basically anyone should be able to do it. 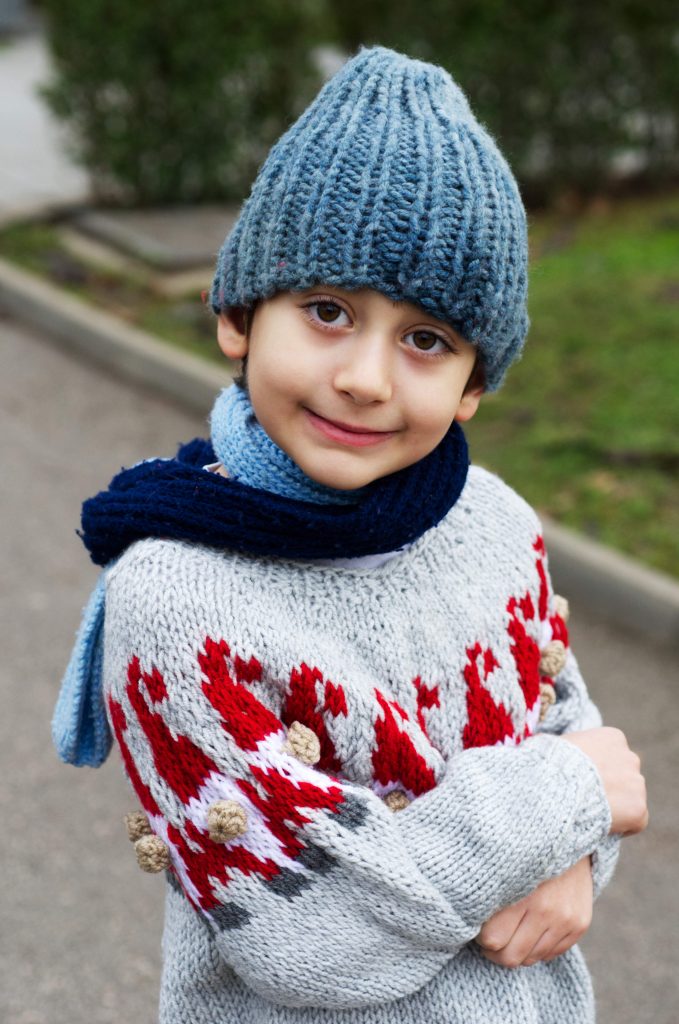 I made size 8 years old with the hope that the kid can wear it at least 2 more holiday seasons. I might be too optimistic 🙂
I used Alize Superlana Midi . I used 2 full balls of light grey and a very very small amount from the third ball – only for the last 4 rows of ribbing on the second sleeve. Probably I could have managed somehow without touching the third ball, but whatever. Red, white, dark grey and beige are also small amounts, especially beige and dark grey. 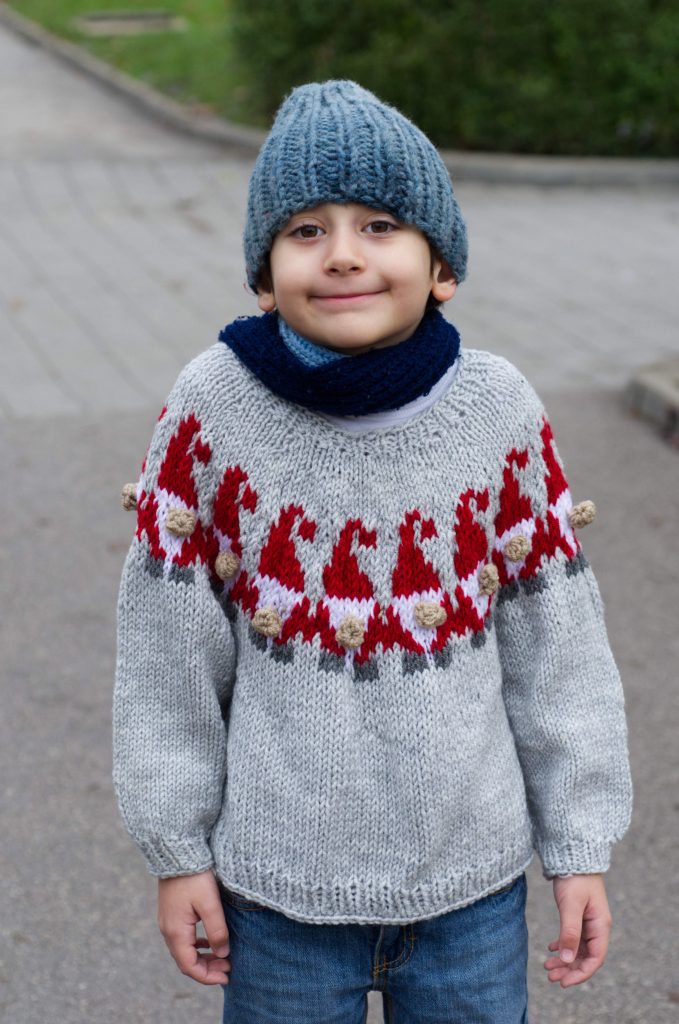 I am very happy with the outcome. I think Valko is happy too. Today he removed his jacket in a cafe and said proudly to a complete stranger : “Mommy knit this sweater!” . The stranger actually seemed interested and asked me if I had knit the hat too. Then he told me his grandmother made him a hat for every Christmas and he had a beautiful collection of hand knit hats :)) Finally he asked if I had a shop. Might be worth to explore the idea for the next year…
I took the photos with my old but gold Nikon D7000 and a 60mm f2.8 D lens. 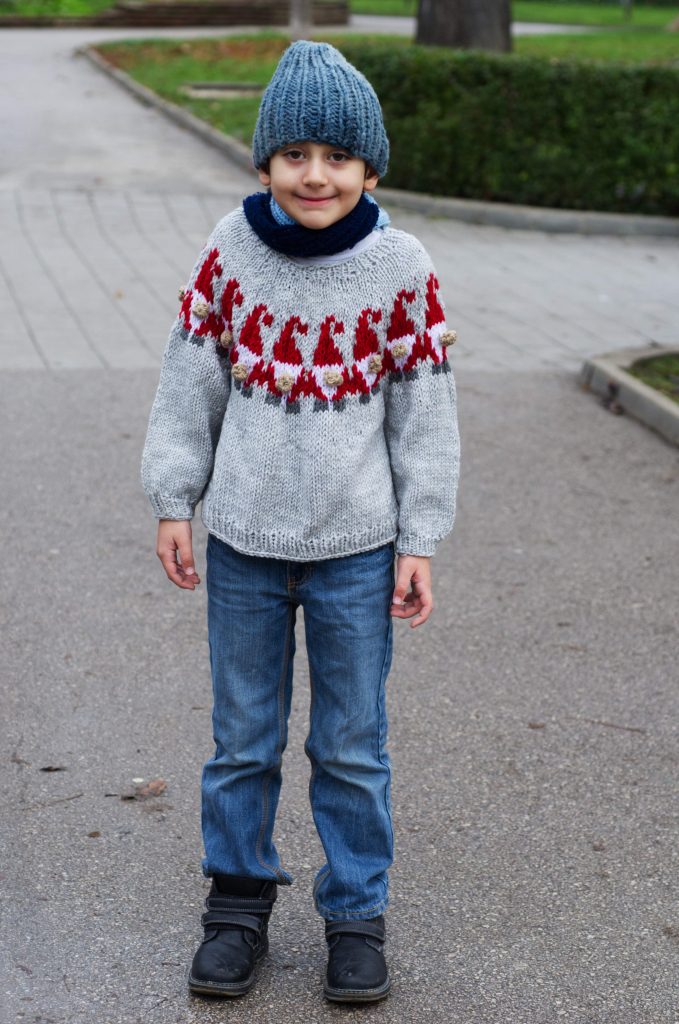 This is my Ravelry project:
https://www.ravelry.com/projects/eowynofrohan/nissegenseren